Today is Nikola Tesla’s 155th Birthday! Tesla was a scientist and inventor, who among other things, played a key role in the adoption of alternating current, heavily influenced the field of electromagnetism, and gave Thomas Edison a run for his money in the war of currents.

Being an uber-nerd and huge fan of Tesla, I whipped up a quick Tesla-themed cartoon painting for this momentous occasion (full version below). I also found this great short story video about Tesla on YouTube.

Wouldn’t it be great to see more Tesla artwork and recognition for this brilliant scientist? Why not make your own Tesla art or video? Let’s end Tesla’s era of being under appreciated. 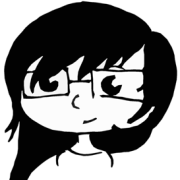 Katy is a college student in North Carolina. She loves insects, astronomy, and pretty much anything related to science. Katy spends a lot of her time making messes with watercolors and might be in love with a robot named GLaDOS. Find her on twitter: @KatyAnnC. She also has a blog called Katy's Notebook.