As people may know, I make comics about religion.  But, they’re created from the standpoint of an Atheist.  Of course, one of my goals is to get people to start thinking about religion and ultimately start questioning their belief system.  Recently, I found a cartoonist with the exact same goals but a completely different perspective.

Richard Gunther is a New Zealand cartoonist whom I stumbled upon through my ironic following of the Ray Comfort blog Atheist Central.  Gunther creates cartoons for famous Christian and friend of Kirk Cameron, Ray Comfort.  I had a heck of a time finding out who this mysterious cartoonist was!  His credit is very small and at the bottom of the blog.  But, I was able to talk to Richard and get some insight into his cartoons.

How did you get into cartooning and who are your cartooning influences?

I was greatly influenced by comics when young, and copied many of the characters on to pads. I love drawing everything in general but always wanted from the earliest age to be able to draw cartoon characters.

My cartooning influences started, probably, with comics, such as Disney’s, and Superman and others. To pay for them I used to hunt round the neighbourhood for empty glass fizzy-drink bottles and return them to dairies to collect the the tiny refund, which I would save until I could buy a comic. I had quite a collection by the time television arrived. After that I was fascinated by animated features at the movies and on television. I think it was the cartoon’s ability to express so much with so little that caught my attention.

As more comic styles became available I discovered the Mad magazine and was particularly interested in Sergio Aragones – my favourite still today. Other favourites are Albert Uderzo, Charles Schulz, John McLusky, Thomas Yeates, Morris, Philip Webb and many many others.

How did you get involved with Ray Comfort?  Also: why aren’t you credited on his blog?

I first met Ray at a prayer meeting. He learned I was an artist and asked me to add some illustrations to the street newspaper he was making called ‘Living Waters’/ It was a real gritty publication that appealed to street kids, so the graphics were quite psychedelic and appealed to drug-takers and hard-nosed teenagers.

I think if you check his sight he does acknowledge me, but I wouldn’t mind if I was never mentioned. What he is doing is far more important, in my opinion, than a little fame I might receive.
I imagine that faith is very important to you, but why specifically do you use your cartooning to promote faith?

Cartooning is just one form of communication, along with movies, text, drama and so on.  I use cartooning because it is a very good bridge-builder and communicator. A picture can say a lot more than half a page of text.
You ask me about my faith? Faith is a vague word, but I understand by this word you mean “my Christianity”?  Yes, this is very important to me, but it is not just some unprovable religious idea that I base my life on. There is ample evidence available on which to base the fundamental statements of Christianity. The coming, life, death and rising from the grave by Jesus are all historically verifiable events. What I’m trying to say is faith by itself is useless – for example, I could have tremendous faith in a rotten chair, but no amount of faith will make it strong enough to hold my weight. Faith is useless without something solid and real to connect to.

Do you do non-religious cartooning?

The bulk of my work is non-religious. I have illustrated over 200 published books so far, many of which are in secular libraries and state schools.

Could you tell us more about your non-religious work?  Are these educational books?

Secular books. Many educational books, early readers, many others for Reed Publications, and also illustrated many books such as the Maungati Mouse series, books of poems, early reader books for Korean schools and Boating Fun books. The list goes on and on.

What are your beliefs regarding evolution?

I really enjoy the debate over evolution versus creation.

My beliefs regarding evolution are simple. It has no scientific support. Good science constantly contradicts Darwinian theories and supports the Bible’s account of creation. I take the first 11 chapters of the Bible literally and have never found any reason to change my mind.

I don’t think this is the platform for a debate but I am wondering if you can clarify this statement as everything I’ve read and know about evolution states that it is proven correct time and time again with every biological discovery.  I’m interested particularly in the good science that supports the Bible’s account.

Too many people try to have no opinion, and make no stand on anything, I think its good to have a point of view to defend, so good on you:)

I’m caught in a rather tricky situation by your reply. You don’t want a creation/evolution debate, but you do want me to defend my creationist view…  but if I defend my point of view I’ll be opening up a debate… so probably the best thing for me to do is keep to what I wrote. It’s my opinion, and I know it differs from you, but hey, that’s the fun of this thing. Intelligent readers shouldn’t be offended by someone like me, who has a point of view different to them. They’ll just laugh and say I’m ignorant.

If you want material for a debate, go to Answers in Genesis, or read some of the blogs by Ray Comfort, or read the preface to his publication of Darwin’s Theory – this is an almost complete copy of Darwin’s ‘Origin’ book, faithfully reproduced. He’ll probably send you a free copy if you ask.

I’d rather not get into a debate because I’ve done so before and it usually ends up with masses of writing, masses of points which all need to be qualified and explained, and hours and hours of time.

All the good science you need is on the Creation on the web site, or perhaps get a few Creation magazines and have a look at the articles. Plenty of good science there.

(note: I thought this was fair.  The debate over evolution between fundamentalist Christians and non-Christians is pretty redundant.) 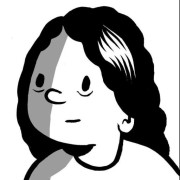