I typically get a positive response when explaining the motivations of my work, but there was one time when a new ager told me I shouldn’t try to control people and tell them how to think. The following took place immediately in my head:

I am a mangaka; I write and illustrate manga graphic novels–a type of comic book originating in Japan and made popular by its animated counterpart, anime. One of the goals I have for my work, especially my new series “Legend of the Ztarr“, is to create fiction which contains characters and themes that promote the values of critical thinking. This passion of mine landed me the honour of being chosen as a TED Fellowship member in 2009 and attended the TED conference in Long Beach, CA.

This July, I’ll be a speaker at TAM in Las Vegas. I spoke a bit about it in a recent interview on The Reality Check. I’m really excited, and look forward to meeting everyone. Hopefully, I’ll get the chance the make some more podcast appearances in the months to come before then! 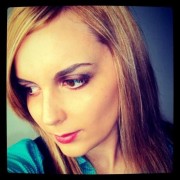 International award-winning mangaka, Sara E. Mayhew is a professional illustrator who specializes in producing manga artwork for publishers as well as creating original manga titles. Her series, Secrets of Sorcerers, was named “Best Comic for Teens” by the International Anime and Manga Festival (IMAF). Sara was featured in Applied Arts magazine’s ‘Young Blood’ article on “…new talent commanding our attention”. In 2007, the Ontario Arts Council awarded her the Northern Arts grant. As a TED Fellowship member, Sara spoke at TED'09 and TEDActive'10 on the Fellows stage and TEDYou session. Currently, she is also working on her new series, Legend of the Ztarr, now available through iBooks.