It’s lovely to be invited to contribute to this new blog. I have no idea what you’ll make of my scribbles but I’m very happy to give it a go. I’ve been asked to start by writing a little about myself and my work:

I’m a composer, roboticist and writer, known for my live act which combines Edison phonographs, theremins, animated vent dolls and other curious machines. I perform under the stage name Spacedog, either solo, with my robot pals or with a handful of fine collaborators. Spacedog is a name I adopted in the 90s, after working with Tim Hunkin and others on an automaton show about Laika, the first living creature in orbit.

I started building robot pals because I can only play one instrument at a time and wanted to augment my sound using something more theatrical than a laptop and loop pedal. I want to avoid the impression that I’m checking my emails when I’m giving my all on stage. My first performing robot, Clara 2.0, was a ropey theremin-playing doll (who made her debut at the wonderful Dorkbot London). Since then, I’ve built a carillon, which after a few iterations became the Ealing Feeder- a machine inspired by an eerie electric lullaby from the 1920s. I’ve also added Hugo, the roboticised 1930s vent doll to the Spacedog line-up and Edgar Allan, a trippy, silky-voiced electric crow. My house is littered with half-finished automata. When I work with other people, they have a hell of a job making me put down my soldering iron, put on a posh frock and get on the stage.

I spend an inordinate amount of time digging around for scientific curiosities in the archives and a lot of my work is inspired by these finds. In January, for instance, I outlined the links between Lancashire cotton mills and Detroit techno (some of this material is under peer review for a forthcoming Smithsonian Museum book). Other recent shows explored the uncanny valley (a contentious scientific concept), caged birds as primordial sound recorders, the stranger obsessions of early adopters of phonography and the reputed psychological effects of infrasound.

Despite the robots, I don’t write cute songs about science. I’m much happier using my technological know-how to create a happening of some kind – a little like a magic show – something you have to see live. And it can be about anything, from Tommy Cooper to submarines. I don’t view my work as science communication  – but I like to think it’s steeped in references to the social history of technology. I’d wince if  I thought any part of my act was scientifically dubious.

My act is dark and odd – I want to make a performance that gets under the skin – but I do try to lighten things up now and then (as I know my usual fare is a tad ‘niche’). I’ve recently had a fine old time collaborating with tip-top percussionist Stephen Hiscock on a dance set, featuring my robots, which we’re trotting out at dressy-uppy venues such as the Tusk & Garter. And over the last year, I’ve had a joyful collaboration with a dear friend, Steampunk’s finest Professor Elemental, who has one of the funniest live acts I’ve ever seen.

As for skepticism, well, I’m a rationalist – have been all my life. I rarely think about my own theism (or lack of it) as it’s intractable to logic, therefore an irrelevance. If forced to describe myself, I’d say I’m a Humanist. I’m also curious to know more about the agenda of the skeptical movement. For people with a rationalist mindset, get togethers like Robin Ince’s Godless shows are so moving – if you participate in the audience or on the stage, you can’t help but feel a warm glow. But I do wonder if the skeptics want to change minds, as well as congregate with like-minded types. If skeptics want to campaign for change, I’d ask how effective they have been in this endeavour over the last few years. This isn’t a rhetorical question – it’s a genuine call for some data. Is there scope to be more persuasive by thinking tactically? Perhaps there’s room for a formal experiment of some kind, where skeptics marshal their analytical skills to measure their own effectiveness. Physician – measure thyself! 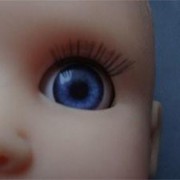 A musician, writer and roboticist, Sarah Angliss (Spacedog) is known for her dreamlike performances, incorporating Edison phonographs, theremins, animated vent dolls and other curious machines. Sarah regularly performs live and is particularly known for her skills on the theremin and the musical automata which she makes to accompany her on stage. Sarah takes a keen interest in acoustics, the psychology of listening and in unusual physical interfaces. Her solo and collaborative work has explored musicians’ attitudes to the first drum machines and samplers, the uncanny valley, caged birds as primordial sound recorders, the stranger obsessions of early adopters of phonography and the reputed psychological effects of infrasound.

AI: A Skeptic Walks Into a Bar…