We’ve all heard the term bandied about in the media, but what the frack is “fracking,” and why is it controversial?

British artist Darryl Cunningham uses cartoons to clearly explain issues of science and pseudoscience (many of these comics are collected in his newest book, Science Tales: Lies, Hoaxes and Scams). Update: Darryl says that a US/Canada edition of Science Tales will be coming out from Abrams next year, with the Fracking chapter inserted as an additional piece.

Most recently, Darryl has put his pens to use explaining hydraulic fracturing, also known as “fracking,” a procedure for extracting gas and oil from rock formations. On its surface, and according to industry spokespeople, fracking sounds like a safe, environmentally method. However, Darryl points out why a closer look gives us just cause for concern.

This is the first panel of the comic. Click to read the whole thing on Darryl’s blog. Thanks, Darryl, for sending this to us! 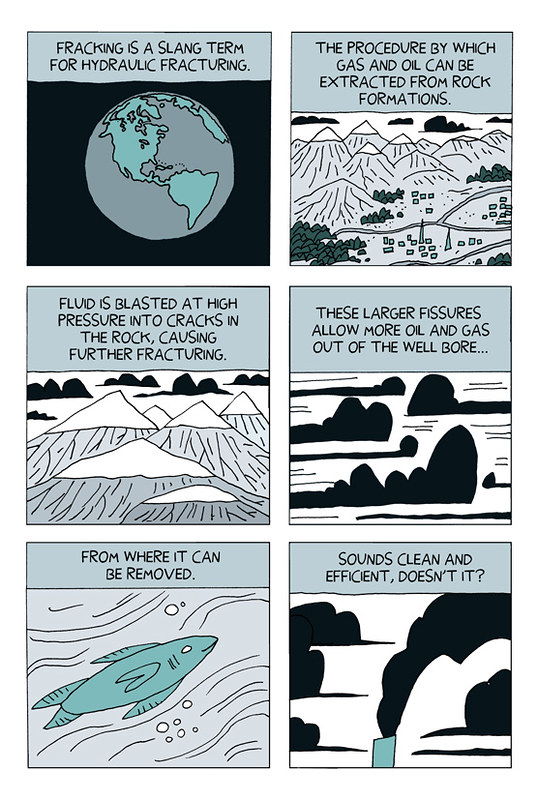