This summer, the big animal craze in Chicago has been over Chance the Snapper, an alligator found in the lagoon at Humbolt Park. But for us bird lovers in the city, we’ve been swooning over Monty and Rose, a pair of piping plovers who have nested at Montrose Beach.

Piping plovers are tiny little birds, typically only around 7-inches tall, that hang out along the shores of the Great Lakes. They used to be quite common, but in the 19th century they were often the target of sport hunters, and in the 20th century their homes and nesting lands were taken over by development. By 1985, only 17 mating pairs remained. Since then, their numbers have been recovering, mainly due to the efforts of environmental activists, beach restoration projects, and protections granted from the Endangered Species Act.

Today there are roughly 70 mating pairs that are still active in the Great Lakes. Although they were once a common sight on Chicago beaches, no piping plovers had been in Chicago in over 50 years, which is why it was so exciting that one pair was spotted this year at Montrose Beach. The plover pair, nicknamed Monty and Rose, had set up a nest on the edge of the beach. For those not familiar with Chicago, Montrose Beach is one of the most popular beaches in the city, so these little birds were going to be sharing the beach with kids, dogs, volleyball players, swimmers, music festivals, and all sorts of other people and events that could threaten them. Luckily, volunteers quickly jumped into action, blocking off a portion of the beach for the plovers.

Over 200 volunteers from the Chicago Ornithological Society have worked in shifts all summer long to make sure the birds were being watched and protected at all times. These volunteers were able to report on the plover’s behavior, stop people from walking into the protected area, scare away predatory birds, and during one scary moment, were able to stop an unleashed dog that had run near the plovers. They also acted as ambassadors, teaching the visitors about piping plovers, explaining the history of Monty and Rose, and encouraging them to get a better look at the plovers via a scope they had set up for this purpose.

All this work has finally come to fruition as Monty and Rose have successfully fledged two chicks. It wasn’t easy though. Monty and Rose’s first clutch were threatened due to rising lake levels and had to be taken into captivity where they unfortunately did not hatch. Luckily this happened early enough in the season that Monty and Rose were able to build a new nest and hatch a second clutch further up the beach. Additionally, a local music festival called Mamby on the Beach could have put the plovers in danger or severely stressed them, but after an outcry from Monty and Rose’s fans, it was moved to an area further away from the birds and later canceled altogether.

One of Rose and my beloved wee ones. Photo by Gordon Garcia, US Fish and Wildlife Service. You can see how cleverly we Plovers blend into the sand. #Ploverwatch #Ploverville pic.twitter.com/9aEAGoPl2N

I went to visit Monty and Rose twice this summer, including one time with my camera after their chicks had hatched. Of course, the protected area was quite large and Monty and Rose, not to mention their chicks, are quite tiny, and my longest camera lens is only an 80-200mm, so they were very difficult to photograph and the photos I did get are not exactly the best, but I did as well as I could with the equipment I had. Rose was not around when I visited, so I was only able to photograph Monty and the chicks.

As a certified stan for Monty and Rose, I also snagged myself a print of this fan art by Liz Anna Kozik, depicting Monty and Rose with their eggs and a chick. You can buy a print yourself of this or her other art, much of which depicts birds, insects and plants of the Midwest, in her InPrint store.

Rose has already headed south. Monty and the two chicks are still at Montrose Beach, though likely not for much longer. Monty will be leaving any day now and the chicks, which are now officially juveniles, are getting better and better at flying every day and will be heading off as soon as their wings are grown enough to make the journey. It’s not the end though. Piping Plovers typically nest in the same area every year, so Monty and Rose will likely be back in Chicago next summer.

It’s really special that piping plovers are back in Chicago, but with only around 70 mating pairs, they are still in a precarious position. Just this week the Trump administration announced plans to weaken the Endangered Species Act by changing the rules to require protections to take economic costs into consideration. This means that the valuable beach land along the Great Lakes that currently acts as a habitat for the piping plovers could be at risk of development, setting back 50 years of restoration efforts that have been successful at helping the piping plover population recover.

You can help Monty and Rose and the other piping plovers by contacting your representatives to ask that they fight the Trump administration’s proposed changes to the Endangered Species Act. You can also donate or volunteer with Chicago Ornithological Society, which helps to fight for protected land for the many bird species like the piping plovers who travel or nest along the shores of the Great Lakes during their migration.

If you want to make sure you don’t miss any piece of news about Monty and Rose, make sure you are following @MontyPlover and @chicago_birder on twitter, where they give regular updates as to what Monty, Rose and their chicks are up to. 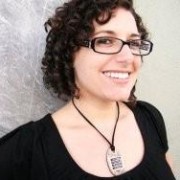 Jamie Bernstein is a data, stats, policy and economics nerd who sometimes pretends she is a photographer. She is @uajamie on Twitter and Instagram. If you like my work here at Skepchick & Mad Art Lab, consider sending me a little sumthin' in my TipJar: @uajamie