For any kid born after 1970, cartoons were where we sought our future.  They taught us how ideals tumbled against each other under the strain of adventure and discovery, and gave us a whimsical glimpse of what we might become.  And for a long while, if you were a girl, that future had more than a bit of monochromatic sting to it.  Fortunately, the last two and a half decades have raced to catch up and kids whiling away their weekends in front of the tv set now have a decently robust set of female science-y role models to pick from.  Here are nine of my favorites:

9. Inez Fressange (Martian Successor Nadesico): The designer of the propulsion systems for the Battleship Nadesico, Fressange acts as the voice of Science throughout the series, providing explanations of the technical aspects of sci fi space travel.  And whereas these characters exist elsewhere as objects of quasi-ridicule (“Speak English, why doncha?”), Inez has a fully developed and quite beautiful back story that, after three viewings of the entire series, I still don’t entirely understand (there’s time travel with multiple self-intersections. You know how that goes.)  She is an emotionally complete character with hard-core science chops, and a welcome relief from the “How many girls love Akito Tenkawa?  All of them!” shtick that the series often resorts to. 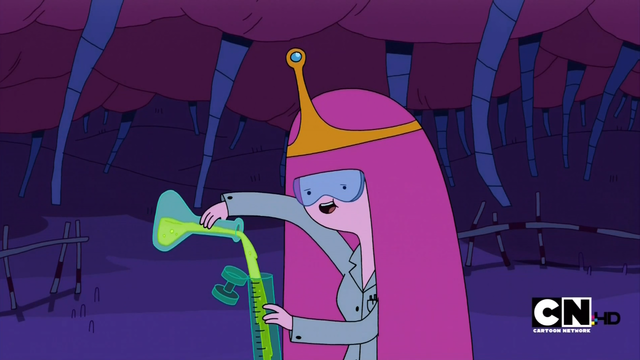 8. Princess Bubblegum (Adventure Time): Any show that features “Mathematical!” as its stand-in for “Awesome!” is worth visiting for that fact alone.  But in the midst of all the workaday conundrums that confront an adventurer and his shape-shifting dog companion on a regular basis, there is a Princess who is a complete breath of fresh air in the cartoon landscape.  One of the problems that the cartoon industry faced when it decided to, finally, make shows that had mixed gender casts was its initial impulse to make the female characters rather on the Victorian side – perfect instantiations of virtue and order whose job it was to rein in the antics of their male counterparts.  It was overcompensation, and it made for one-note characters (and it’s still going on – just look at the awful characterization of Ms. Marvel on Super Hero Squad).

Bubblegum is a science nerd, yes, but she’s also a ruler and has to deal with the problems of leadership.  In one episode, the Ice King needs to emit sounds of pain to reverse a catastrophic spell, so being the realm’s ruler she must decide what to do.  And she makes the absolutely wrong choice.  That ability, to be wrong as often as you are right and therefore to have the capacity to grow and learn, is one that male characters have enjoyed as a matter of course for a long time, and it is good to see a female science character given that amount of growth potential.

7. Mary and Susan Test (Johnny Test): The older sisters of the title character, they are super-geniuses who regularly invent contraptions which bend space, time, the genetic code, and the laws of causality.  Each episode runs on a familiar pattern: They invent something incredible, Johnny finds a way to misuse it, hijinks ensue, science comes to the rescue, and everybody learns something in the end.  They are characters of giddy curiosity and boundless self-confidence, and that’s great to see.  More importantly, though, while most of the time the end lesson is about Johnny’s constant need to shirk responsibility and self-improvement, sometimes the message is that being smart doesn’t make you automatically a better person, that goodness and consideration are things that everybody needs to work on, even scientists. 6. Penny (Inspector Gadget): Penny was the computer-smart kid who solved the cases that Inspector Gadget ultimately got credit for.  She had strong investigative instincts and brought principles of technology and research to bear on the problems in front of her.  I have no shame in admitting that, when I was a kid, my two role models were Egon Spengler and Penny, because in both I got this briefest of glimpse into the exciting idea that solving problems wasn’t just about overhearing the bad guys announce their plan, but it was about properly employing the inventions and accumulated brainpower of humanity to guide your intuitions.

5. Sailor Mercury (Sailor Moon): She had an IQ of 300, loved mathematics, spent her spare time learning about computers, and was in every way the voice of reason and analysis in the rolling sea of drama that was Sailor Moon.  She also came from a divorced family, which is a situation a lot of us late 80s kids were familiar with, but never saw on tv.  Her mother was a doctor who was good but busy, and her father never present.  But she found in science a fulfillment that real life couldn’t provide her, and with her character came the notion that, if things at home are pretty rough, a life of investigation and inquiry can help provide stability and emotional satisfaction. 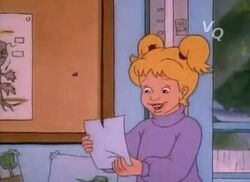 4. Dorothy Ann (The Magic School Bus): “According to my research…” DA was the kid who had a book for every situation, and so serves as our portal on the show to humanity’s accumulated wisdom.  Through her, we learned that, if you have a question, you don’t have to wait around for an adult to ask, but you can take responsibility for your own intellectual development and go hunting for the answer, yourself, in a library.  That’s a very powerful idea that I have noticed my students lacking more and more as the years go by.  The idea that you have intellectual agency, and more than agency, responsibility, is something that can’t be emphasized enough, and DA is the cartoon world’s spokesperson for that idea. 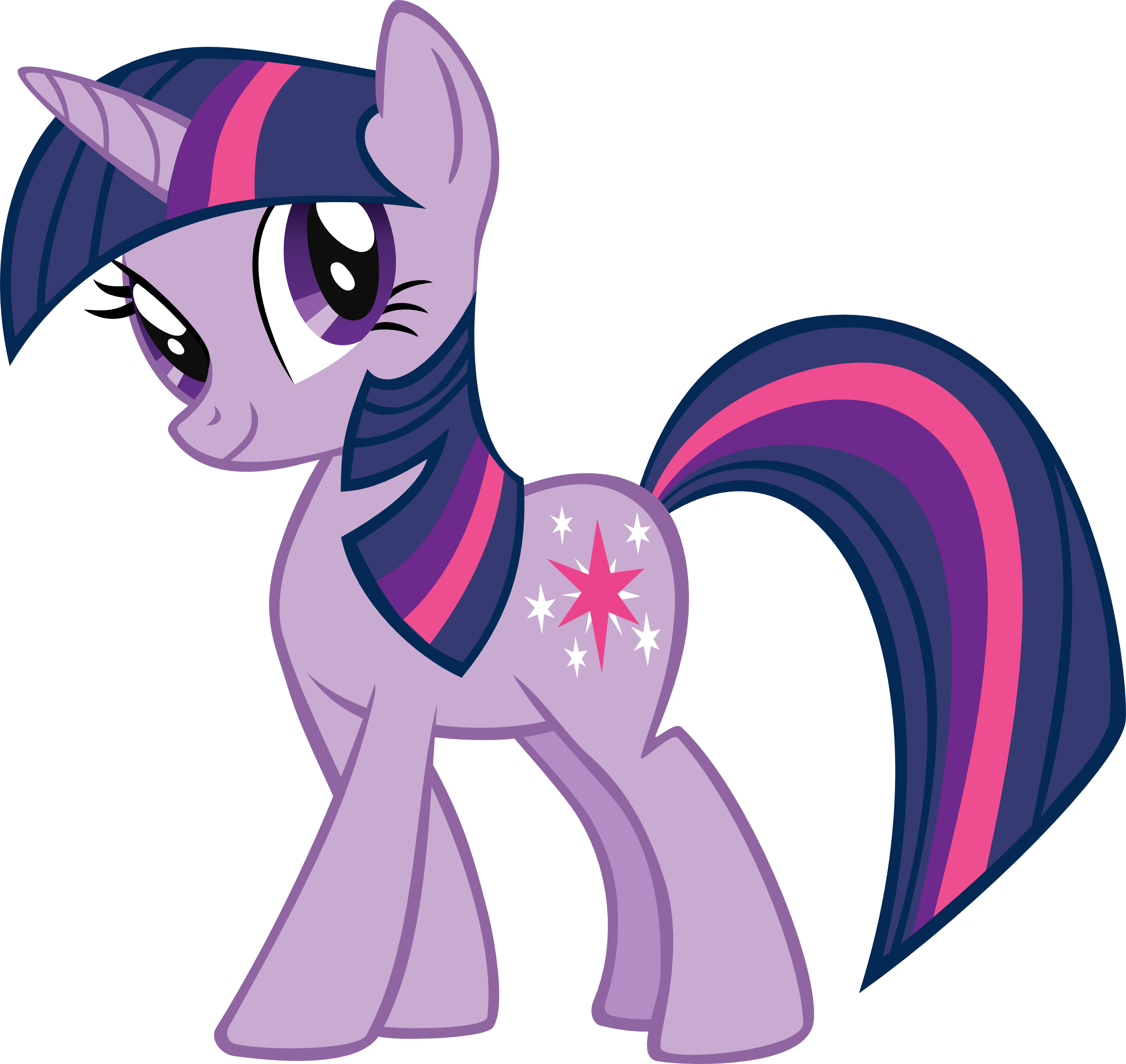 3. Twilight Sparkle (My Little Pony: Friendship is Magic): Leaving aside the execrable episode where Twilight Sparkle is physically brutalized for being skeptical of Pinkie Pie’s supernatural powers, My Little Pony is generally a sparkling example of how to reconcile the importance of social cohesion with individual development.  Twilight Sparkle is obsessed with order and precision, a list-making, book-loving, cos-playing geek for an age finally learning to be proud of its geekishness.  But at the same time, she has to, each episode, weave that individual accomplishment into the greater social fabric.  It’s a difficult thing for adults to do, and to have a show for kids where they are made aware at an early age of the tensions between self and community, and provided with some ways to make those two seemingly different things work together, is decidedly welcome. 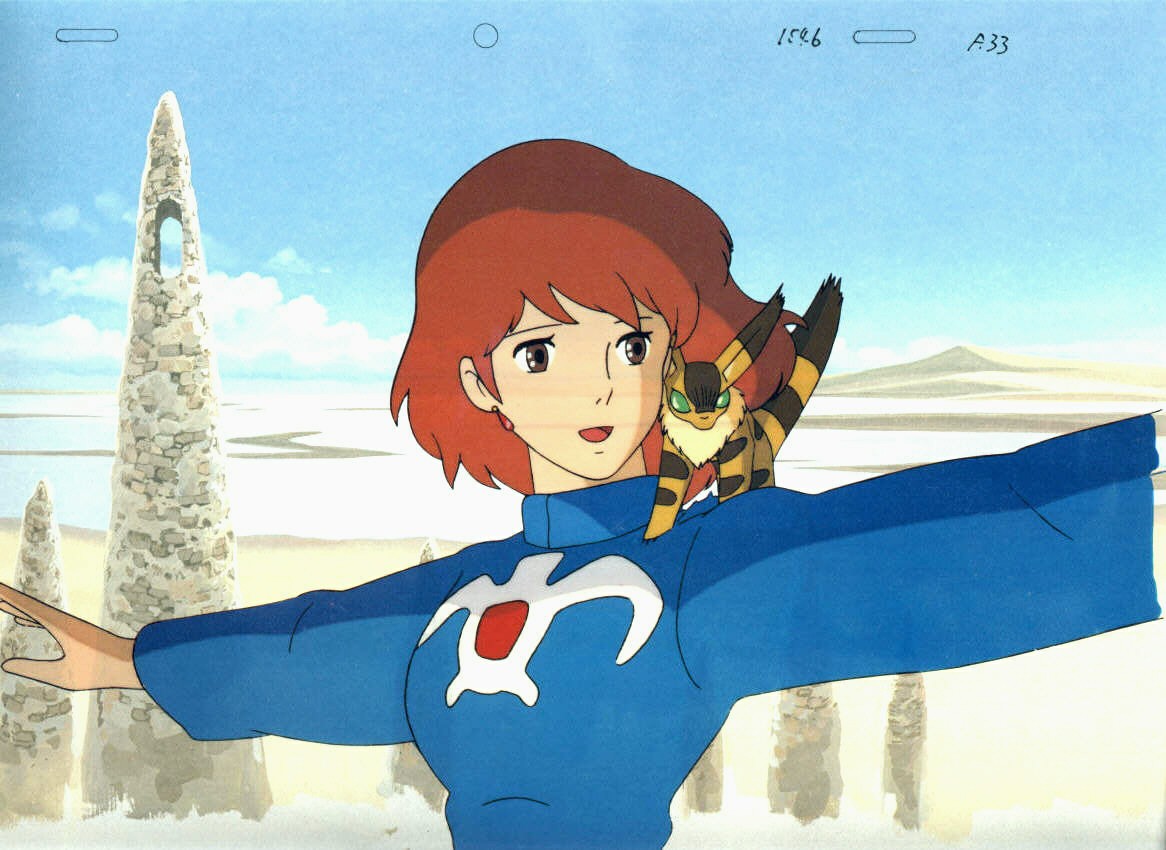 2. Nausicaa (Nausicaa of the Valley of the Wind): One of the great ecological researchers in the cartoon landscape.  Nausicaa lives in a world being overtaken by toxic forests.  Rather than focusing on new and better ways of destroying the forests, she adventures into their depths to try and find the environmental cause of the abnormal animal behavior that is threatening the world.  That’s rather phenomenal, and even more so when we consider that Nausicaa was released in 1984.  She was a field researcher who saved a planet at a time when most girls in cartoons were housewives or pop stars, and if it’s been a while since you watched Nausicaa, now might be a good time to reconnect with this remarkable early creation of Hayao Miyazaki (plus, if you listen to the English version, it’s the only place that you get the voices of Captain Picard, Luke Skywalker, Prince Humperdink, Poison Ivy, AND Commander Adama in the same place!) 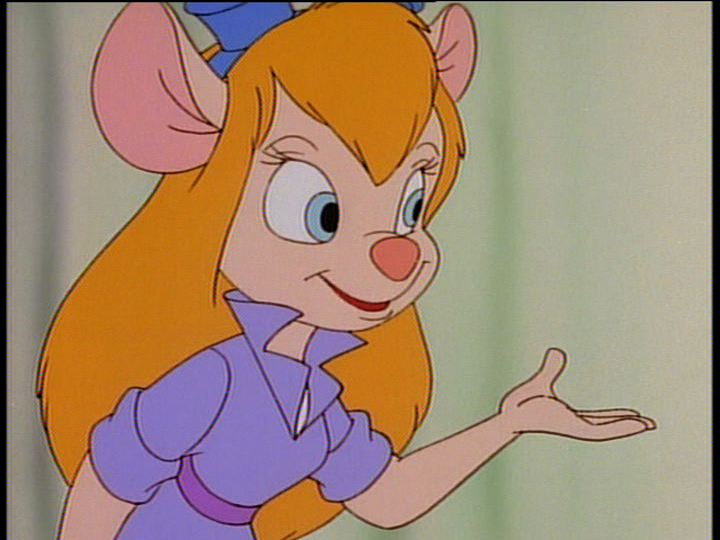 1. Gadget Hackwrench (Chip and Dale’s Rescue Rangers): Mechanic, Engineer, Inventor.  As against the anime girl fashion of Sailor Moon or the Hot Topic wicked-hair-and-fierce-glasses aesthetic of the Test Sisters, Gadget wore coveralls and goggles because That’s What Mechanics Wear.  She was brilliant, but often her improvised inventions didn’t quite work as intended, which is an important thing for kids to see – for every shining success there are a lot of busted prototypes.  She usually possessed massive self-confidence but also was victim to periods of crippling self-doubt, again like most of us.  But she always kept on inventing, because it’s what she was passionate about, what she was meant to do.  In her and Twilight Sparkle both, kids have a chance to see not only what it’s like to be a scientist, but more importantly what it’s like to be a person who does science.