Astronomy Cast is one of the best science podcasts out there. It’s clever and well structured and well produced. The hosts have a great rapport and inject just the right amount of personality into their facts-based, informative podcast to keep it fun and engaging.

Fraser Cain does a great job of filling in for the audience, asking questions and playing the part of an enthusiastic amateur. Pamela Gay is the professor everyone wished they had, speaking with passion and energy. Together they create a show that is consistently informative, engaging, and entertaining. It’s caused me to spend much more time staring at the sky, make efforts to find dark skies, and get unreasonably excited about spotting the ISS zipping by overhead.

To celebrate the decade that Astronomy Cast has been running, I thought I should make something that I learned about on their show: A voyager space probe golden record.

The Voyager space probes were launched in 1977, each included a golden disc. On one side was a phonograph record with encoded images, music, and voice recordings. On the other was engraved images guiding whoever found the disk on how to use it, and also the location of our sun based on the distance to several known pulsars. 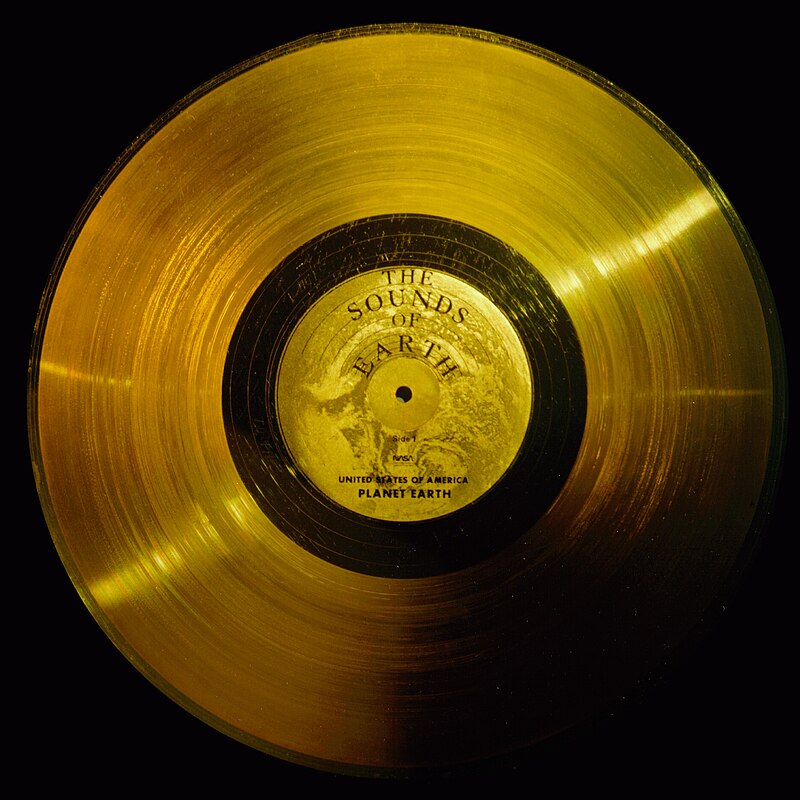 Given that I had no way of reproducing the phonograph side, I instead chose to reproduce the engravings on the reverse side.

I started by recreating the pattern in CAD. I use Draft Sight. It’s a pretty solid option for free drafting software.

I have access to a Roland Modela MDX-20. It’s a terribly old little desktop CNC mill. It’s mostly meant for cutting out PCBs but it can also do engraving. With som digital cartwheels on my part to get a file in a format it could digest, and a bit of gentle encouragement, I got it to carve the design into a couple of small brass plates.

A bit of cutting and polishing and voila: