Religion is to cult, as grass is to weeds, it’s all about perception. The unique aspect of Scientology is that it’s founding is only a few generations removed, there are people who can talk of their grand-father’s or great grandfather’s witnessing it’s birth, if they are so inclined. Some people can even tell of their great-grandfather establishing Scientology, Jamie DeWolf is one of those people. I met Jamie early on in my performance poetry life, and have watched an already engaging poet become a great all around performance artist; you should see the group poem, Ricochet in Reverse, he does with Geoff Trenchard about the Columbine Massacre, if you have time. But this post is about his performance from last year on Public Broadcasting, KQED in my home market, on a show called “Snap Judgement” that details his family’s history with Scientology. 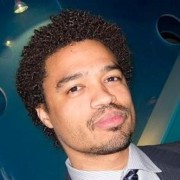 Trained in the ways of critical thinking and skepticism at a young age by his mother, Victor then learned the ways of atheism during ten years of catholic schooling. He has been a Dj since 1996. a performance poet since 1999, a cheesecake baker and entrepreneur since 2003, and a race car driver since he figured out which pedal was the accelerator, which pedal was the brake and which pedal was the clutch, there is a rumor that there is a video of him doing these four pursuits at the same time...but it is as of yet unsubstantiated. He is also an avid Formula 1 fan, and would like to add: Go Lewis.