Today’s Google Doodle celebrates the 216th birthday of Anna Atkins, English botanist and photographer. While that may not sound remarkable at first, those simple credentials take on a new night when we consider the context: at that time, women were considered as amateur scientists only, and photography was new.

In 1843, Atkins published “Photographs of British Algae: Cyanotype Impressions.” In this book, Atkins used the Cyanotype technique, which creates impressions of objects using chemically treated paper exposed to light, which enabled her to produce illustrations with a level of accuracy and detail that would have been challenging to draw. This book is considered by many to be the first photographic book, and Atkins to be the first woman photographer. For Atkins, a trained botanist, it was her artistic ability that allowed for her inclusion in the sciences, ultimately allowing her to pave the way for future woman scientists to come.

Take a look at the book itself in the video below!

Christian Science Monitor. How Anna Atkins blazed a garden path for women to sneak into science. 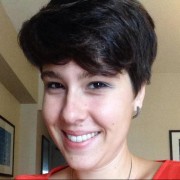