Good day, Labbers. I have a treat for you today in the form of a tantalising guest post from Stuart F Taylor. Stuart is the author of Tales from Pareidolia, an illustrated collection of original fairy tales inspired by skepticism and science. Stuart lovingly plucked two Mad Art Lab illustrators to contribute to the book, so we are very proud to hand the spotlight over to him for this post, where he will explain the idea behind the book and also showcase a few excerpts. Take it away,  Stuart…

As I’m sure those of you who frequent Mad Art Lab are aware, one of the barriers to skepticism can be its dry and clinical nature. It’s a lot harder for the human mind to engage with the patient practice of analysing evidence, reading through double-blind studies and abstaining from forming opinions until there is a clear weight of evidence to support a hypothesis. Emotions and narrative are a powerful force for the human mind, and I’ve long noticed that, when discussing issues skeptically with friends and family, those who aren’t skeptically inclined are incredibly averse to accepting an argument built on evidence and data.

These same people are, of course, coerced with incredibly little resistance to shouty newspaper headlines and ‘pub rhetoric’. If the Daily Mail or The Sun keeps shouting that immigrants are taking all our jobs and the NHS should be dismantled piece by piece, then its readers cling to that narrative – along with its heroes and villains – and shut down their critical thought.

So, as an avid skeptic and observer of the media and its bizarre rhetoric, I started to wonder how to bridge the gap between science and the average publican. Webcomics are a great medium for this – SMBC and xkcd are great examples, and I’ve even explored some of these ideas in my own comic. But I wanted to do something a little more traditional that anyone could appreciate (webcomics tend to be for a younger, nerdier audience) and so began to consider the grand old art of the fairy tale.

Everyone has heard at least a handful of fairy tales in one form of another. Hell, Disney’s back catalogue is built on traditional fairy tales so don’t even pretend you’re not familiar with at least some of them. Fairy tales are a wonderful way of telling a story. They are simple in structure, yet can carry a spectacular amount of depth and leave you with a lot to think about if you’re willing to engage with them. Aesop’s Fables were often only a few lines long yet conveyed a strong, simple messages for their readers. Most fairy tales can be retold without reference to the original text: in fact, the oldest fables were probably passed by word of mouth – much like a very big book of fables our monotheistic friends might be aware of. Fables and fairy tales are a great way of teaching a new audience about skepticism, humanism and tertiary ideas such as feminism and egalitarianism, as well as providing an old audience with a new method of conveying our ideas.

And so that’s exactly what I did. I wrote a book of fairy tales and ditties, covering all manner of ideas that we’ve had to cover over and over again, but this time within the dark, quirky context of the fairy tale. I wouldn’t say the book was for children, as some of the subjects are little more mature and I haven’t been afraid to explore classical ‘olde schoole’ violence and darkness. At the very least I hope for it to provide entertainment for my skeptical friends, and, in my greatest aspiration, I’d like it to give some perspective to those who might previously have been somewhat, shall we say, ‘close minded’.

The stories are illustrated by a number of people, including me and two Mad Art Lab authors. I wanted it to be a pretty book, at the very least. It would be interesting, if anyone manages to read it, to know what you think. As time goes on I keep finding new topics to cover – I wish I’d considered the idea of privilege more, for example, but there is always time for a sequel!

I shall leave you with a song of speciation, aptly named…

But things can’t stay the same,
And the world around ‘er changes,
In tiny little steps,
‘Er body rearranges.
In a million years she’ll wake,
As a lizard by the lake.

But things can’t stay the same,
And the world around ‘er changes,
In tiny little steps,
‘Er body rearranges.
In a million years she’ll be,
A lizard of the tree.

But the lizard of the lake,
And the lizard in the tree,
The daughters, they are both,
Of the grass lizard, you see.
One went east, the other west,
Put them bodies to the test.

From the lizard in the grass,
Their own paths they have come by,
The one’s become a swimmer,
The other’s learned to fly.
And while they share their old grandmother,
They are strangers to each other!

Tales from Pareidolia is available to purchase in print or Kindle edition, and will also soon be available on Amazon and Barnes & Noble. 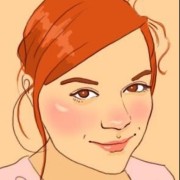 Laurent is a children's editor and illustrator who lives in London with her two cats and a rabbit. If she wasn't an editor she'd be a paleontologist, and if she wasn't a human she'd be a dinosaur. Her favourite dinosaur is Triceratops. Follow her on Twitter: @mrs_laurent