One of the joys of being involved with one of the more literary-focused areas of science is obscure or interesting words become par for the course.

Now, for those of you who don’t spend your days agonizing over narrative structure, linguistic trickery and obscure words, I bring you a definition from Wikipedia: “A synecdoche is a figure of speech in which a term for a part of something refers to the whole of something, or vice versa.”

So now, when I say that seeing this tweet come into my timeline caused me to sit down in the middle of my stairs to my apartment, put my head in my hands and send out a prayer to Anoia, the patron Goddess of Things That Get Stuck in Drawers and (presumably) Clueless White Guys on the Internet, I wasn’t just reacting to just the image itself, even though it’s a hot mess of sexism, racism, transphobia and dehumanizing sex workers. I was reacting to the fact that Science managed to take pretty much everything that I’m frustrated with about the sciences and condense it into one image.

For context: This is the cover of Science, one of the most prominent journals in the sciences. Somehow, a cover managed to get through however many layers of design, marketing, editorial oversight which at the very best could be said to be simply objectifying women. Of course, this isn’t “at the very best”. No, instead they are using trans women’s bodies to… make some kind of point about the male gaze? By inciting fear of trans women? Or something?

And not only are the explanations problematic, the very image and its use are. I don’t know how many of you are familiar with propaganda history, but this cover is using the images of trans women of color sex workers in exactly the same way that World War II propaganda used images of “loose women” ostensibly to warn about Syphilis. but in reality to police the sexual expression of women’s bodies. AV Flox looked through Science‘s archives to look at how people were portrayed on previous covers, and this is even more of an anomaly in light of that.

The article the cover is supposed to be representing itself is part of a very necessary discussion about how to stop the spread of HIV/AIDS, by highlighting vulnerable populations. But the image chosen could not have been worse. It’s a shame that good science is probably being hurt by the choice to add sexualization/objectification to the cover.

Now, I was originally going to dissect this image and how it and the related comments from Jim Austin, editor of Science Careers, do harm to science as a field, as well as to vulnerable communities, but eastsidekate has dissected this perfectly over at Shakesville, and she nailed it completely. Please, please, please read her essay.

Instead, I want to address how this cover is merely a representation of everything else that happens to narrow the stem pipeline to end up with primarily cis white men in the upper levels of the sciences.

So, I’d like to talk about some of the other things that were happening in science. (Not Science this time. I know. It’s confusing.)

First, there has been an ongoing, bitter battle about whether we’re allowed to call Richard Feynman, Physics Demigod, a creeper. Maggie Koerth touched it off with an article in Boing Boing: What Richard Feynman didn’t Understand About Women. It seems like an easy enough concept: 1. Man pretends to be something he’s not to sleep with women.
2. Women say man who is manipulating women to sleep with him is kinda creepy.
But quickly turns into:
3. Men on the internet lose their minds. I mean, entirely lose their minds. The comment section on every article about this is filled with vile, horrible comments of every sort of insult imaginable. I’m not linking them here because, honestly, I don’t have the fortitude to wade into them again.
4. Women sigh and start filling out the Bingo cards.

The JAYFK has a nice roundup of the whole issue.

Second, Dr. Clancy et al published a study in PLOS One of Sexual Harassment at Field Sites. This is both a very, very important survey of women’s experiences in the field, and a way to quantify something we’ve all known was happening. Vox has an excellent write-up of the results. But a quick overview: this is a survey of 600 scientists whose jobs involve field work. Among other things, it found that 71% of women respondents had experienced inappropriate sexual comments during field work and 26% had experienced sexual assault.

There has been a lot of positive coverage of this study, so I consider that a win, even if it makes me horribly angry that this kind of thing still happens and many people in the sciences think it’s all just made up.

It also nicely highlights why the Feynman conversation is still vital. Feynman wasn’t just “a product of his time”. He’s a product of all of our times. Men like him still hold positions of power in the sciences, and every time they see men like Feynman glorified for their creepy behavior, they seem to feel even more justified to be horrible. This isn’t a conversation about dragging a dead man’s name through the dirt. This is a conversation about shaping how the sciences look in the future.

To repeat: This isn’t theoretical. This is a conversation about making sure that future groups of women field scientists won’t have a 26% sexual assault rate. I wasn’t assaulted in the field, but that’s probably partially because I can’t even count the number of times older women anthropologists warned me to not go to a specific field site because the lead there was someone who routinely abused women. I got to avoid those situations entirely. That isn’t true of everyone. As a group, we continue to push these conversations because we’re trying to make sure that in the future, no one has to deal with this crap.

And yet, in a week where we’ve had an overabundance of examples for how science is failing women, we’ve also had an article like this published in The Telegraph: If a Girl Isn’t Interested in Science, Don’t Force Her To Be. Aka “Women just aren’t cut out to be scientists because narrative!” Yep, you’re right, Ms Peppers. I’m sure that’s what it is. It’s not things like everything else that’s going on in our field right now

We often talk about the “leaky pipeline of STEM” as a way to talk about how women and people of color drop out of STEM careers at alarmingly high rates, but it is time to abandon that language. We’re not talking about a passive system here, where people just happen to drip out of the pipeline. No, we’re talking about a system that actively creates pressure. If you take a large pipe, attach it to a smaller pipe and then a smaller one, while still pushing the same amount of water through, what’s going to happen? Either your pipe is going to spring pressure-driven leaks or you’re going to have to have holes drilled to relieve it. We’re not talking about a leaky pipeline of STEM, we’re talking about a gorram sprinkler system, actively pushing out people who were set up to fail from the beginning by the very system itself.

There are very real problems in the sciences. But right now the field is caught in an auto-catalytic cycle, where people point out ways in which we’re failing at outreach, the people in positions of power dig in their heels with cries of “but *we* weren’t offended!”, the same people then wring their hands and wonder why there isn’t more diversity in science… and continue to ignore us when answers to that question are given. And if we keep making excuses for the smaller things that hurt various groups, it’s never goin to change.

As long as images that are dehumanizing to groups that are already disadvantaged are allowed to be published in our journals, it’s never going to change.

If the people in positions of power continue to believe things like this, rather than looking for the reasons people are upset, it’s never going to change:

And when the Editor of Science issues an “apology” like this, that completely misses the point of why people are upset, it’s never going to change.

And as long as people continue to say that Feynman’s actions towards women should not be talked about because he “did great things”, it’s never going to change.

And while people look at surveys of field scientists and completely ignore the results, it’s never going to change.

Instead, I would ask, as Andrew Thaler says in his post on this subject: Do better. Just do better. 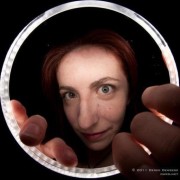 Seelix, aka Emily, is a Science Communicator, Forensic Anthropologist, Costumer and QA Analyst, sometimes, but not usually, all at once. Emily can usually be found lurking in dark corners of the internet as Seelix on Twitter, on Google+ and even occasionally at her blog This View of Life.