I can eat fire. Put it in my mouth, om nom nom. (Okay, maybe not quite that level of delicious.) I have taught two other people to eat fire, both of whom use their powers for good; nothing gets more attention in the middle of the night at Relay for Life like something on fire. But in order to teach others, I first had to learn from others myself.

Thom Britton is one of those others.

Like many stories of events that others may find foolish, ill-advised, or perhaps even illegal in most states, it was in New Orleans. A friend of mine brought in this vaguely-overdressed man from in off the street, and some time later I was on a chair in a second-floor bar on Decatur being told to tip my head back and open my mouth.

Sure, there was an element of “OMG FIRE FACE FLEE FLEE FLEE.” Topical application of fire is generally Bad For You, and that instinctive reaction means that at least some part of your brain is working as it should.

But it was that easy.

And so, I would like to present to you this fine educational film by Mr. Thom Britton, “How to Eat Fire in Three Easy Steps.” 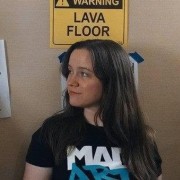